these cat names have been sent in by other cat owners and belong to their own cats. Find out how they named their cats. They may help to inspire you in your choice of name for your pet. 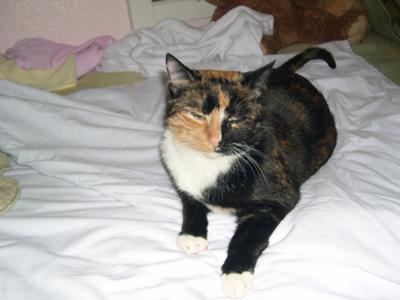 2. she loves daisy almost as much as catnip

3.it sticks with the whole flower theme
(when i got her her name was flower)

I wanted to give my grey long hair a nice French name.

Comment from kate
Must admit i don't know what football player you are talking about but it a goo enough reason for naming your cat after you favorite player. Especially if yor cat likes to chase around after little balls as mine do.

alright,one day i was walking with my dog and my sister and i seen a person nelt down.. wondering what they were doing i began to walk over to her and my dog was acting wierd, so i told my sister to hold my dog while i examened the cat. it looked like she was thrown out of a car while they were driving down the road. it was pretty brutal. i carefully picked her up and took her home and cleaned her up and bathed her. she didnt mind the water, but as i noticed she didnt quite act like a cat, she acted more like a person. so i decided that i would give her a person name, so i thaught of all my friends and one poped into my mind and it happened to a friend who loved water and her name was Delaney. so i took it and changed some letters. and now sense she has been living with cats she has started acting a little bit more like a cat. but she still loves the water:)

Well,I chose this name for my cat because I always liked it but because I put Delialah as my cat name does't mean I wouldn't have chosen another name such as Samaya,Maya,Sanaya,Naya,well you get the whole point so you can choose varities of names for your female cat(make sure you pick one of the above names;I think they are good names for your cat).

Because she is a demon! But a female demon so demon + a = Demona!

comment by kate
I see your thinking, clever an a very original name to give your cat. I wonder if there are any other Demona's around?

Has her name made her even more devil like though, well perhaps a fluffy one :)

Spanish- name for money that's what his name is after. or like Robert Deniro

When he was a kitten, my sister said, "He's a little Dickens, isn't he?" and it stuck! We had been calling him Psycho-kitty, but this sounded much better. 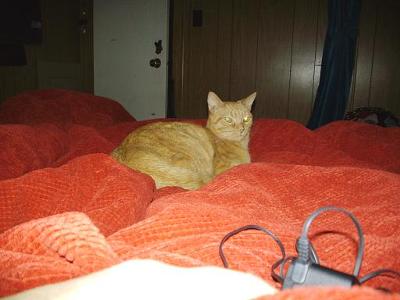 He was found abandoned at a gas station, and he is a big 15lb. boy.

Great cat names like this are simply perfect. So glad he was found. 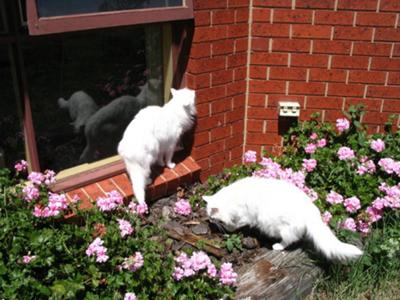 diva was a stray cat who would greet me at my door when i would enter my home. i staring bringing her into the house to feed her when the weather turned bitterly cold. from the beginning she was very picky about her food. she only wanted certain food, so my daughter started calling her diva. i added she was buje, hence bujaneh. at the time i took care of my 94 year old father who fell in love with her.she was a wonderful companion for him for approximately 3 months. he died feb 2009,suddenly at our home. diva remained at his side. in his honor we gave her his first name ......which was phinazee 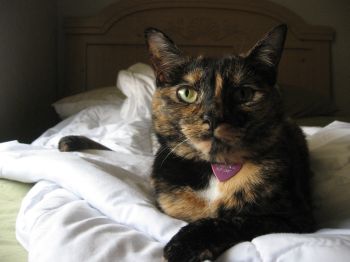 She is a southern belle in every way.

We named our cat Dizzie because she likes to jump on the computer chair and spin it round, When the chair stopped spinning she would mew until you spun it round again. When she came off the chair she was all Dizzie.

Comment from KAte
Ah so cute, my cat hates the office chair spinning. 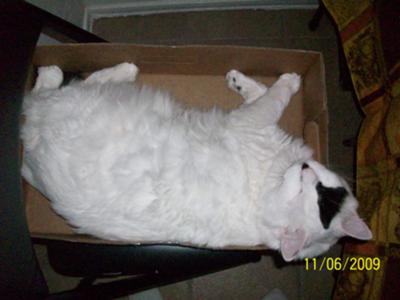 We adopted him and he was named Domino and it just fit him. Also we love playing Dominos.

Named after Dot Cotton from the British soap Eastenders, plus she has a cute brown dot on her upper lip. Depending on how well behaved she is, she's also called Dottie, Poo, Dorothy or Minxy!

comment
Great name, cute and funny and i bet your cat is as cute as a button or should a say dot. 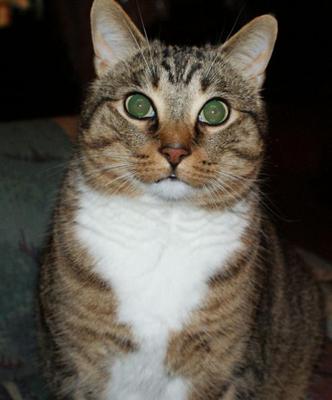 by Barbara (Hamilton ON Canada)

We picked up our quirky Tabby at our local SPCA and were driving home when my mother asked what we should name him. I had my nieces in the car with me and they were rambling off names . . . Rocky . . . Toby . . . Einstein . . . and so many more. A sign suddenly caught my mom's eye and she said, "Why don't we call him Dr. Pepper? We can call him Pepe for short." And so Dr. Pepper it was from then on. Pepe is a sweet, content, quirky and very friendly tabby and we're awfully glad to have him.

It seemed to fit his unique personality.
comment - Although a drake is a male duck it is also the name of a famous explorer and so would certainly suit a brave exploring pussy cat 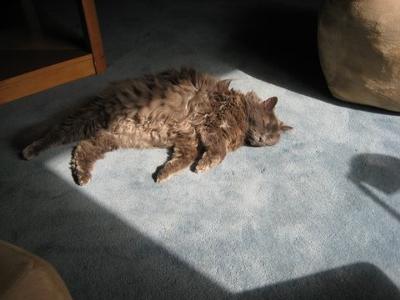 Dreyfus aka D-Funk, D-Fus, Dreyfus the Dopest Cat in Town, Professor Fusellburger, Dreyfus Pull Your Pants Up, (with his long hair it seems that his pants are always falling down, lol) Fat Funk, or Dreyfus Stop Doing That - was given to us by my younger brother's co-worker (along with his sister Binky) 15 years ago while we were still in college and has lived with either one or both of us since then. At the time we weren't fans of the name but it has since grown on us and seems to suit Dreyfus terribly well! I seem to feel that Dreyfus indicates a certain level of laziness, slovenliness, but also equal levels of refinement, attitude and overall friendliness - all of which Dreyfus exhibits on a daily basis. He reminds me of the refined person (that everyone wants to meet) upon arriving to the party regaling all with intriguing tales, then after a few martinis knows how to solve all of the world's problems, followed by showering affection on all of the other attendees, and then finishes off the evening by passing out on the couch with a spilled martini in hand, a bag of chips ripped open, with a deep and incessant snore and leg kick until waking up feeling like a million bucks and making a pot of coffee to do the crossword in the Times. Dreyfus has certainly entertained us and I can say that I have seldom met a friendlier more affectionate cat.

We thought it was a boy when it was born, but recently we found out it was a girl, and she may be pregnant. However, either way, we need to change her name to something feminine.

A brown tabby Scottish Fold. Duncan means "brown warrior" in Scottish/Gealic. We are from Massachusetts so unfortunately everyone thinks Duncan is short for Dunkin' Donuts.

This is a cat name for a beautiful female cat. The name Duquesa is Duchess in Spanish. I gave this name to you because our beautiful Tortoiseshell has that name.

because when she was a little kitten her fur was a greyish silver colour and i mistaked it the 1st time for dust because she came out from behind the cupboard.

I really don't know why we named her that...

comment by kate
like the name though and one that i haven't come across before for a cat. Nor a perdon come to that so it is really unusual.