Find great cat names beginning with W on this page.

I named him after the cartoon character Waffles from nickelodian's Cat Scratch
It aired a few years back. The show was halarious.

Walter was a stray cat. I wanted his name to be J.D because i bought him a John Deere collar. However, my fiance wanted his name to be Frank. We just could not agree on a name until one day one of suggested the name Walter and it stuck. Many tell us that he doesn't look like a Walter but we think he does. Sorry we don't have a picture of him!

He is really my mums cat so she chose the name. She named Wendell ( Wendell) after Wendell sailer a rugby player. He is a Russian blue he's a old cat we have had him for eleven years. He was mums birthday present. He is a lazy cat but there are a couple occasions where he is pouncing all over the place and being hyper active. He is a tough cat that likes to get in fights and he's very pushy for a cat. You can tell when he is angry he will flick his tail every where but he does it gracefully.

Love the name Wendell for a cat, very different. Shame we haven't got a photo of him as he sounds a real character. You don't see too many Russian Blue cats as pets as I think many people think they need some extra care. But your Wendell sounds like a perfect pet even though he is getting a bit old now. 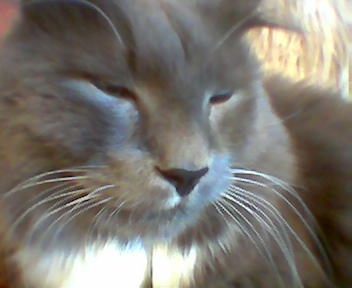 He's long haired grey with a white bib like the robes the preacher John Wesley would have worn. He also poses and looks superior. He was rescued by the cats protection, he had ran and ran and damaged the pads on his feet. He was nearly called Forrest as in Forrest Gump,but because of his looks it was Wesley, Forrest was just not posh enough!

Comment from Kate
Great story thanks for sharing it with us. he sounds like a great looking cat.

I wonder why he had run so much, perhaps he was trying to find his way home. thank goodness for cat charities and good people like yourself. he certainly looks happy and contented in the picture. :) 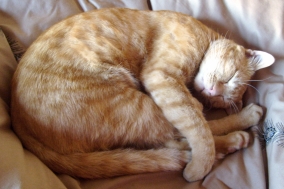 We named our cat whisky because he was black and white. He would sleep all day and do his rounds at night. If Dogs chased him he would make sure they bled. Their noses would end up like thin sliced bread.

I have a Mother and Daughter team. Willem was called Willem originally after Pussy cat Willem and of course i was told she was a he..until HE got pregnant. She gave birth to 4 gorgeous jet black femailes all the spit of there mum. I kept one and called her Ftumpsh after the red devil in a series of The Young Ones. Willems full lady name is now Willamina Murray Harker after the heroine in Dracula. But thats just her Sunday name...Everyone asks about Ftumpshs name and no one not even the vets or the cattery ever spell it right...LOL 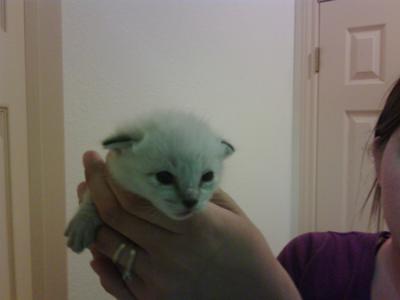 When my aunt's cat Bow got pregnant, I knew I wanted one of the kittens, I secretly hoped that one would be white and hoped more that it would be a girl to compliment my male cat elvis. There were eight kittens born in the litter, one was stillborn and four others died of an unkown virus. Of the three remaining kittens there was one white one and it happened to be a girl. I was so worried she would get the infection and die too, but I would pick her up and tell her, " you WILL live!" I tried to think of a name that had will in it, and willow popped up, it was perfect! 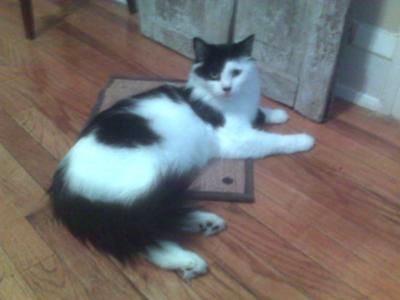 He looks like a pirate because of his eye patch, so he's named after one-eyed Willy, the pirate from the movie Goonies.

When we first got this cat off the street he hid from us all the time and you could only see his eyes when he did. Wilson comes from the character off of home improvement the neighbor who never would show his whole face.

Comment
This name is so cute, i would love to have a cat called Wilson.

Winter - A great cat names for a white cat 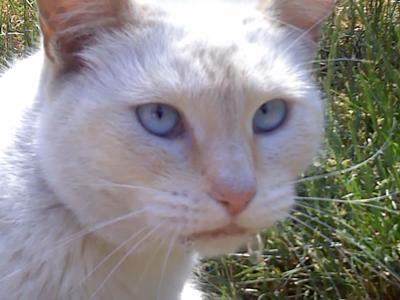 We named her this because she is as white as snow.

What a lovely name for a cat, I dont think i have come across this before.

White cats are not very common in London, don't know why it seems that black cats have dominance here.