The Burmese cat breed was officially recognized in 1936 in America and was the result of breeding a small brown cat from Burma with a seal Point Siamese cat.

However a similar looking cat has been discovered in an illustration in a 16th century Thai manuscript.

Although the cat is genetically almost identical to the Siamese cat it has a more stocky appearance and has a softer voice. It also has a different shaped nose to the Siamese and is described as having an obvious bend or break in its line.

The Burmese is known for its sunny personality and even temperament. It is an intelligent cat, again something it has in common with its Siamese cousin.

The cat has slightly shorter back legs to its front and has tidy oval paws. It has a medium length straight tail that tapers to a rounded tip. 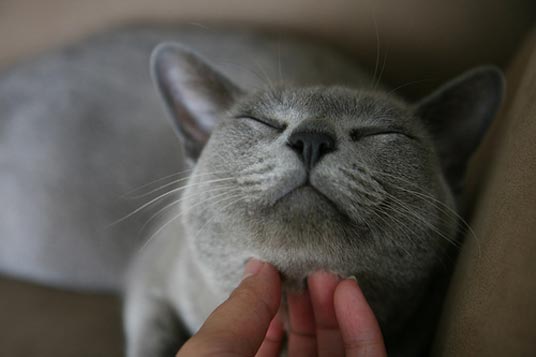