Different Cat Breeds and Their Origins

There are many different cat breeds in today’s world but you may be surprised to learn that many of them have only been in existence for a few hundred years or less.

Cats are one of favourite animals to keep as pets; we have welcomed them into our homes for many thousands of years stretching back to the Egyptians who prized them for their rodent catching abilities.

These days we have them mainly for their beauty and companionship, but the odd spot of rodent catching is a bonus.

It is estimated that there about 400 million cats alive in the world, most of these are what we would call domestic cat breeds or stray cats. 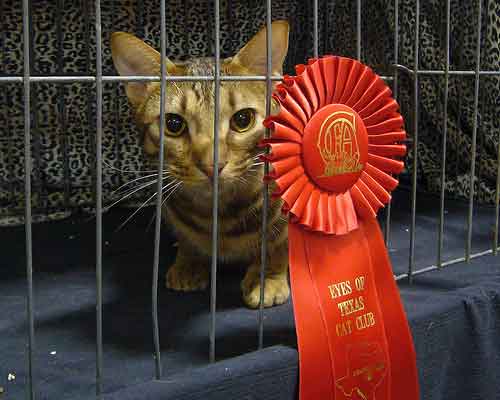 Today there are now around 100 different cat breeds in our modern world Some are naturally developed and others have been bred specifically for certain characteristics, but of course it is impossible to tell the difference by just looking at them.

However as little far back as the 18th century there were only four known domestic cat breeds, these were known as:

A hundred years later four more cat breeds were listed, they were:

All of these cat breeds came about due to what is known as natural selection.

Natural selection as you can guess from its name comes about from cats breeding naturally in the wild. Over time cats in certain areas start to develop their own unique breed characteristics due to breeding with similar cats.

Nature has a way of developing the best and strongest characteristics and eliminating the bad ones. So over time a naturally occurring breed will all look and behave in a similar way. Also variations within a particular group of cats can occur as with the colour points of the Siamese breed.

This psychological sameness can be illustrated best with the Siamese cat who is known to be a more vocal and almost dog like cat, even in some cases used in a similar way to a guard dog. Also the Maine coon cat is known for its large size and very gentle manner.

It is now believed that there are 12 naturally evolved cat breeds in the world, these are:

The idea of cat breeding and pedigree cats came about during the late 1800’s when cat shows became popular. Since that time more and more different cat breeds have been developed to today’s 100 breeds.

The idea of developing new breeds is to accentuate certain characteristics of one breed or to combine two particular characteristics. This can be seen with the Persian cat breed which came about by cross breeding an angora with an English cat type breed to create the Persians distinctive face and coat type.

Some different cat breeds have come about because of a desire to prevent what is known as in-breeding. In-breeding occurs when cats of the same family group repeatedly breed with each other, weakening the breed and causing mutations in some cases.

To prevent in-breeding a cross- bred cat which has similar characteristics to a certain breed will be mated together to create a stronger breed type. Some breeds created this way are:

Creating a new cat breed is not something any of us could do by simply mating one cat breed with another. The result of this would just be what is known as a moggy or a cat with no particular breed type. There is far more involved and a cat breeder needs to understand cat genetics and how one set of cat genes will work with another. It also takes several generations of this interbreeding before new breed characteristics will fully develop into a new breed of cat.