The Persian Cat Breed
One Of the Oldest Recognised Breeds

The Persian Cat is one of the longest known pedigree cat breeds.

It is thought that the breed originated from Persia (Iran) and was brought to Europe during the 1600's, along with Angora cats from Turkey and the two interbred to produce the distinctive long silken coat.

The Persian is distinctive to look at; it has a flat face with short nose and small ears. They are broad chested and have thick sturdy legs with large paws. Their coat is thick and soft and all have a ruff around their necks. 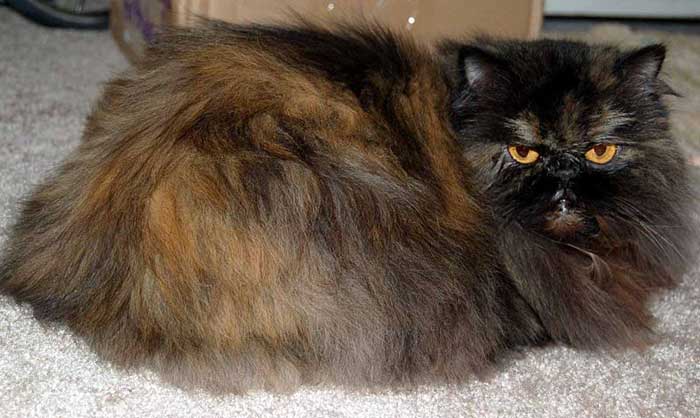 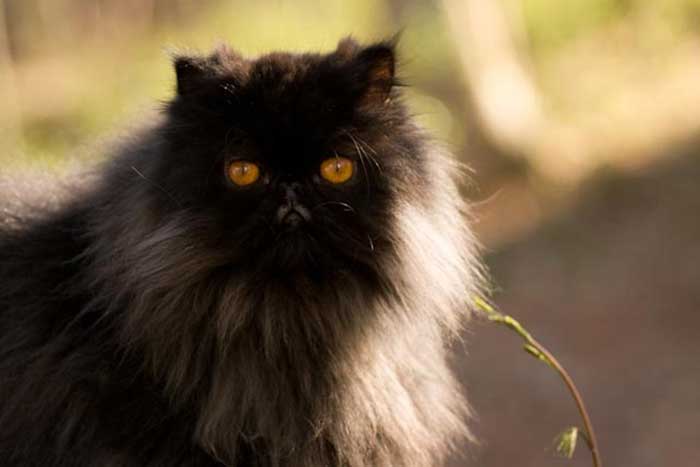 Bi-Colour - These cats have a solid colour coat and have white undersides, muzzles, chests and legs.

Tabby - The tabby markings are mainly visible when the fur is brushed flat against the body. The main tabby colours are, brown, red and silver, although there are other varieties such as lilac, cream and cameo.

Chinchilla - The undercoat is pure white and the coat on the back, head, ears and tail is tipped with black.

Golden - The undercoat of the back, flanks, head and tail are tipped with seal brown or black and is apricot of gold in colour that gives the appearance of a golden sheen.

Shaded Silver - Similar to the Chinchilla in characteristics but is generally darker in colour and a little stockier in build.

Smokie - This is colour is achieved by cross breeding the colour variations of chinchilla, blue and black.

Cameo - There are many colour variations but they should all have an undercoat that should be as white as possible with the tips shading to red or Tortoishell in the red variety or cream or blue-cream in the cream variety.

Coat: The Persian breed in all colour variations is generally thick and silky and all have a ruff around the neck.

Grooming: Grooming these cats will require a lot of extra work by the owners. Matting of the fur will occur if not groomed regularly. When showing a Persian cat it is generally the norm to fluff the fur out as much as possible to show off their long silky coat.

This cat breed has a placid nature and is affectionate towards its owners. Some colour varieties are more playful than others and if the Siamese gene is present can be a little more bold and vocal.