The Scottish Fold Cat
The Cat With The Folded Ears

The Scottish Fold cat is a relatively new breed; the first instance of a cat with folded ears was in 1962.

The cause of the folded over ears has only recently been discovered and it is unfortunately caused by a gene which can also cause skeletal problems. 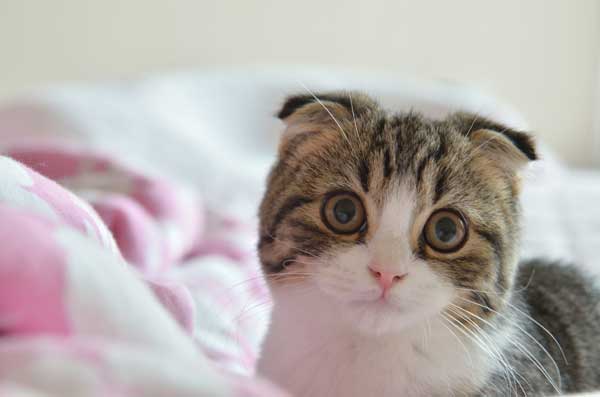 Because of this the breed has been resisted in the Cat Fancy organisations in the United Kingdom.

The breed is found with a range of coat patterns and may be long or shorthaired.

The cat is of medium build and has a round head on a short neck.

This cat breed has both the British shorthair and Persian cat breeds within its bloodline and so like them has a very confident and independent nature. It is generally very placid but is also a very loving cat and would fit happily into a family atmosphere.